DAMME: THE MOST UNKNOWN “SISTER” OF BRUGES 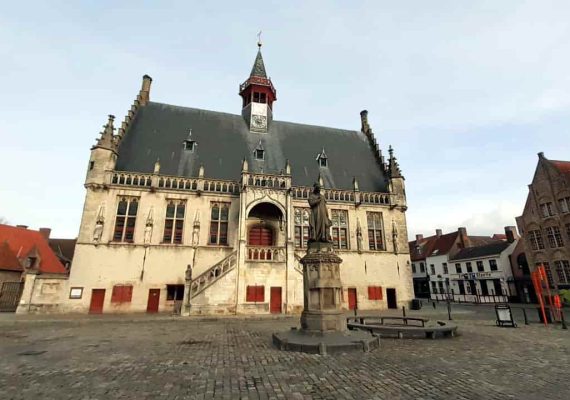 When we talk about the province of West Flanders in Belgium, our imagination automatically flies to the magical city of Bruges. Its romantic canals, its bucolic bridges, its wonderful swans… However, few people know that, only 6 kilometres (less than 4 miles) away, there is a small village where time flows much, much more slowly: Damme

The village of Damme is located along a vast polder landscape (very Dutch) and its population lives at a different pace. It is said that both the people who live there (about 11.000) and those who visit the place take the time to look for the things that are really important in life. No hustle, no bustle. Just peace, space, relaxation, silence, and quality of life.

When one walks through the streets or contemplates the historic town hall, it is striking to find a dog as a symbol. The legend tells us that before the first inhabitants were able to found the city, back in the 12th century, they had to kill a demon dog that roamed the area. However, the real history of the foundation is more oriented towards economic interests: in the first half of the 12th century, Bruges got a wonderful direct connection to the North Sea due to flooding. This natural disaster left a deep and wide canal, the Zwin, which allowed ships to enter several kilometres inland, which was ideal for trading. However, larger ships could not enter Bruges itself, so a dam was built on the outskirts and from there to the city, goods were transferred to smaller, inland ships. It was only a matter of time before a new residential and economic center was created around the dam: Damme.

There are many reasons to visit this wonderful oasis in Flanders and, to start with, here we are going to offer you four of them.

It is ideal for nature lovers who like to walk or cycle.

The ideal plan is to reach the city of Bruges and from there walk to Damme (about an hour and a half) or go by bike (about 30 minutes). Bicycles can be rented for a small fee both at Bruges’ train station and in the city center (next to the Belfort Tower). From the train station, the journey is much more comfortable because you avoid going through all the cobblestone in the city, and the gate in the old city wall called Dampoort is the one that connects directly to the tree path and the cycle path that leads directly to Damme.

In Belgium, it is always a good idea to check the weather in advance and the chances of rain. On a clear day we will see how our path flows alongside the Damse Vaart canal, where it is possible to see families and groups of friends canoeing and other similar sports. And, if it is our lucky day, we will see migrations of various birds above our heads, such as those of geese.

Walking through the centre of Damme takes us into a world of monuments, breweries, and good restaurants.

In spite of its small size, Damme is an important historical and cultural center with various monuments. Its town hall (15th century), its iconic windmills, Oostkerke castle or the church of Our Lady (13th century) are examples of the beauty of its buildings.

We can never neglect the culinary art and good drinks. The village has several restaurants, one even with a Michelin Star (De Zuidkant). Beef cod, assorted cheeses, smoked eel… although perhaps the star dish is a wild duck with red beets. For the drink, and since we are in Belgium, how about a glass of beer? Damme has several microbreweries that delight locals and foreigners alike, such as Bryggja, Damme Bier or Viven.

If you are going to walk around the area, you can download a map at Visit Damme.

People who love books are probably familiar with the international phenomenon called “Book Towns”. They are small charming towns, full of history and full of old and second-hand bookshops, which are grouped together in the so-called International Organization of Book Towns. Damme obtained this category in 1997. Not only, like the rest of this type of towns, it concentrates an astonishing number of bookshops per inhabitant, but throughout the year it celebrates numerous Book Fairs: the second Sunday of each month, a general one; and then once a month, a specific one (sports and well-being, love and romance, gardens, traveling, children and youth, poetry…).

Damme’s resilient border past is very much in evidence with the ruins of the best-preserved fort from the War of the Spanish Succession.

The town’s privileged geographical position has also been, in part, a curse. To avoid the entrance of conflicts, in the 17th century Damme was converted into a fortified town with a typical star-shaped plan formed by seven bastions. Among other wars, the War of the Spanish Succession (1701-1713) affected the whole area and caused the expansion of the existing fortresses as well as the construction of new ones.

As a recommendation to walk and discover, you can go to the Fort of Bavaria (Fort van Beieren), which is the best preserved from this period. 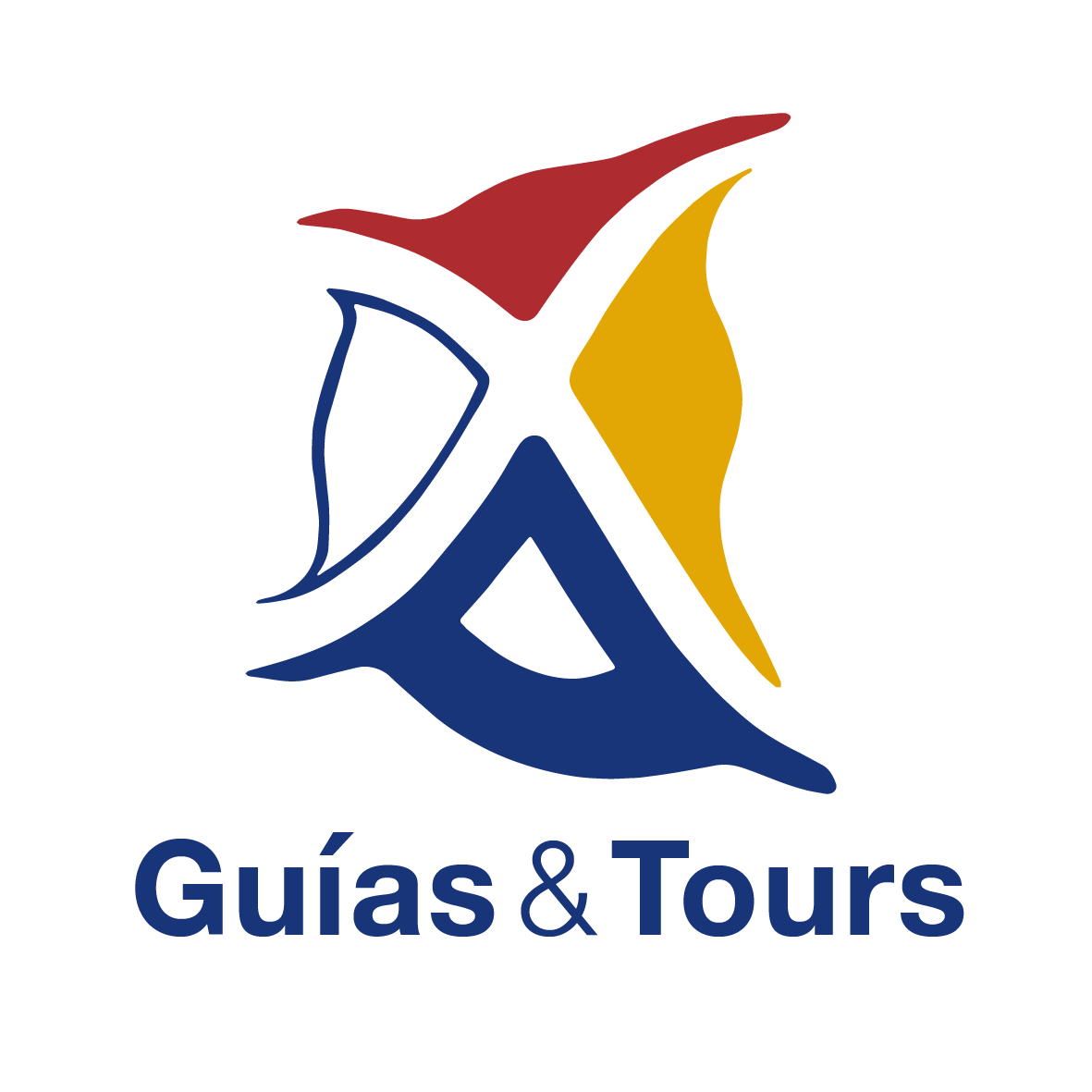 We use analytical, advertising and third-party cookies to give you the best experience on our site. You can learn more about which cookies we are using or disable them in the SETTINGS. 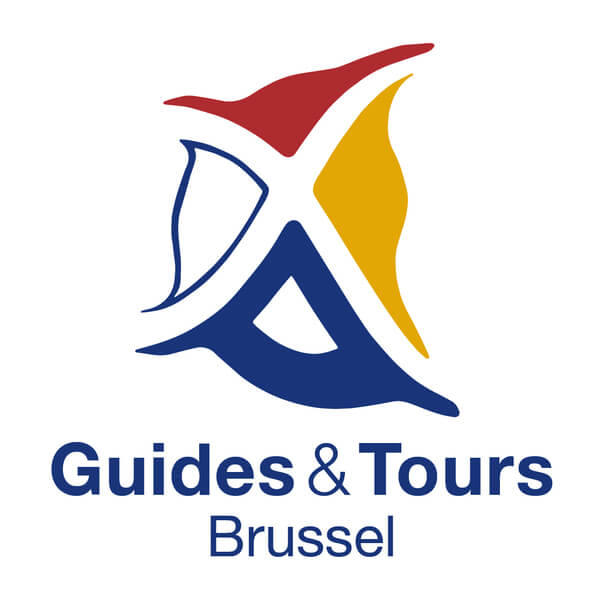 A TOUR ACCORDING TO YOUR NEEDS?

This site uses cookies so that we can provide you with the best possible user experience. The information from the cookies is stored in your browser and performs functions such as recognizing you when you return to our site or helping our team understand what sections of the site you find most interesting and useful.

This website uses Google Analytics to collect anonymous information such as the number of visitors to the site, or the most popular pages.

Please activate the strictly necessary cookies first so that we can save your preferences!